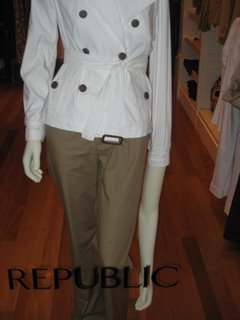 I recently read the phrase "a waiting period" in a book I just finished, and it seemed appropriate to my life right now. Waiting. In our society waiting seems like something to be made shorter, always pushing towards faster, faster, faster! Currently, I am in a waiting stage, I believe, and I also think that were the waiting not to take so long, I might come out a "cheaper" person, so to say. Let's put it in context of things. Obviously, fast food is cheaper (in both price and quality), fake pearls are cheaper, they are not as high quality as real ones, abridged books are faster to read, but they lack the stuff of life for the most part. The list could go on and on, but you get the picture. Anything worthwhile is waited for, and paid for dearly. (Lady Fair, you probably know where this is going.)

And so I wait. I've had the desire to rush things along, but then I'd be like the pearls that are made by force, rather than the beautiful ones that gradually form over time. There are a lot of things I'm waiting on, and I can be sure that God is carefully crafting me to be a natural pearl, rather than a forced one.

I'm waiting on my job. Will I get the new position as a Production Artist, or will I not? Will I remain an Electronic Systems Assistant for awhile longer?

I'm waiting on healing for my dad. Will he be cured from this thorn in his flesh? Will he be around to walk me down the aisle one beautiful day when I'm wearing white?

I'm waiting on the husband that God intends for me to spend the rest of my life with. Have I met him? When will he show up? When will I feel truly "in love" and know that he's the one for me?

Those are a few of the things I'm waiting on, but with those, and all the rest, I realize that God is crafting me, forming me to become more like Christ, and to do such a thing takes time. With each passing day I'm hoping to be more and more like the Savior who has rescued me.

Now, enough deep stuff. Did you see anything funny about that mannequin's arm? Now if that was a police officer, that would be a classic example of the long arm of the law! While I was typing this, I heard Stitch chirping. It was a most peculiar sound, and loud for one little tiny gecko! By the way, sorry for the long gap of no writing. I got my wisdom teeth pulled out, all of them, and one had to be sawed up, and then I got dry sockets, so I wasn't feeling up to updating this.

Here are my top picks of the week (there's a lot of them!)
Music: a tie between the Face of Love CD and the Pride & Prejudice soundtrack (it's really very soothing when you're recovering from having you wisdom teeth out!)
Movie: Hmmm, I watched a lot of them while I was invalid, which one to pick... How about Pride & Prejudice? Bet you didn't see that one coming! Mansfield Park was good too, but there's one part you have to skip. (It makes for a good bathroom break)
Book: The Englisher, by Beverly Lewis, the Witness by Dee Henderson was good too (I started and finished both this week, so I'll let them share the spotlight)
Play: That's right! This week Lizzie has a play on her list. Actually, a musical. I saw "Wicked". It was wicked good.

Hmm, I think that's about it, unless you want to mention game, in which case I'd say Dutch Blitz!

Love to all, Lizzie
Posted by Lizzie Bennett at 5:55 PM 5 comments: 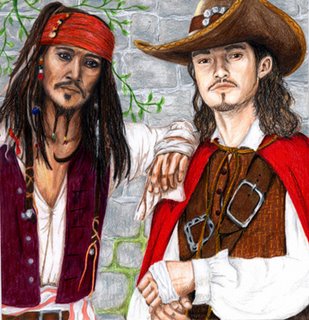 Huff puff is right! I played soccer with the boys today. I haven't played since high school gym. Not REALLY played. I did really good until the last minute. I tried to kick the ball from Jon and he caught my shin cross grain with his leg. Ow! I'm getting a bruise and a bump. Ice is cold too!

I just turned in the volunteer questionaire form to Samaritan's Purse for my group from church to go. Now I only hope that they have the dates I need available. We'll just have to wait and see. I got a pretty good sized group together, and I can't wait to see what God has in store regarding this trip.

Well, in other news, things have been going along well, and I can't wait to see what God has in store for me as far as that goes too. It could be getting exciting, but isn't life alway exciting? I think so.

I don't have much to write about today, but I just wanted to say hi to my one solitary follower. Hi Lady Fair! Sunday should be exciting! I can't wait!